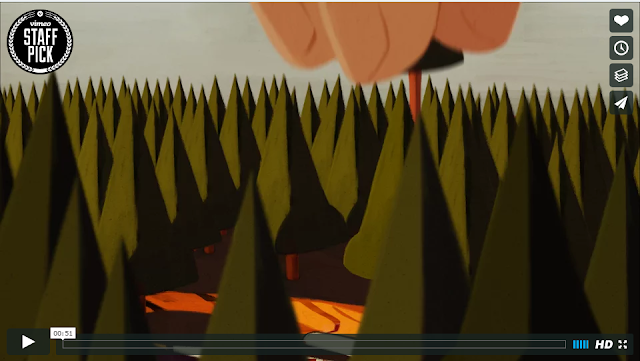 RUSSELL MCLENDON
"Biotope" is another word for habitat, referring to a place with consistent environmental conditions that support a particular array of wildlife. It's an English word taken from the German biotop, which came from the Greek words for life (bios) and place (topos). So, essentially, biotope means "life place."
Earth is teeming with biotopes, but not like it used to. Decades of rampant deforestation have transformed much of the planet, removing 30 percent of global forest cover and degrading another 20 percent. Most of the rest is fragmented, according to the World Resources Institute, leaving only about 15 percent intact. People raze forests mainly for lumber or farmland, and we're now losing up to 58,000 square miles every year — or roughly 48 football fields of forest every minute.
It's easy to overlook forests for trees, but it's worth noting that forests are hugely important for life on Earth, humans included. One of the main benefits of a healthy forest is not just the trees themselves, but the biodiversity they collectively enable. About half of all known species live in forests, including 80 percent of biodiversity on land, so deforestation means losing a lot more than just a bunch of trees. Habitat loss now represents the No. 1 threat to endangered species worldwide.

Rain forests, like this one in Malaysia's Kinabalu Park, provide vital refuges for biodiversity. (Photo: Nokuro/Shutterstock)
One clue to the health of a biotope is the presence of big predators like wolves, pumas or tigers. They rely on lots of different plants and animals further down the food web — including all those trees — so if they're doing well, the surrounding ecosystem is probably OK, too. If you remove or fragment too many old-growth forests, however, these ancient icons of the animal kingdom will eventually vanish.
The animation above illustrates this with clever simplicity. Produced by Jola Bańkowka, a graphic design student at the Warsaw Academy of Fine Arts, it's titled "Biotop" (which means the same in Polish as in German). It's less than a minute long, but packs a potent message about habitat loss into just 51 seconds.
As Bańkowka explains on Behance, "Biotop" was inspired by the Tx2 initiative, which aims to reverse the decline of wild tigers. About 100,000 tigers roamed vast forests 100 years ago, but today they number less than 3,500. That dramatic drop spurred scientists and conservationists in 2010 to launch Tx2, named after the goal of doubling Earth's tiger population by 2022. Enough tiger habitat still exists to meet that goal, according to a 2016 study, but the threat of deforestation looms large across much of the cats' range. Preserving forests is a key tactic of Tx2, as is international collaboration among tiger experts and policy makers.

A tiger slinks through a forest in India, one of the few countries where conservation efforts are already helping the cats claw back from the brink of extinction. (Photo: Vladimir Cech Jr./Shutterstock)
Here's how the World Wildlife Fund (WWF) puts it: "Rather than focusing on 'saving' tigers at a site or country level, Tx2 uses a strategic, long-term approach — working across entire landscapes and encouraging trans-boundary collaboration. This involves increasing protection where the tigers are currently, maintaining wildlife corridors and connectivity between areas, then boosting resources and protection for where tigers can be in the future, when their numbers have increased."
There are no wild tigers in Poland, of course, but like countries around the world, it's still in danger of losing priceless old-growth forests — and the unique wildlife they contain. Poland has been roiled in controversy this year over the fate of Białowieża Forest, an ancient woodland that spans nearly 1,200 square miles and offers a portal back in time to primeval Europe. Only a small section of Białowieża lies inside a national park, leaving about 84 percent unprotected, and a new Polish logging law has raised fears it could quickly fade into a shadow of its former self.
"This animation is a reflection of man acting against nature," Bańkowka writes. "The idea for it appeared to me after I read about the Tx2 action by WWF and focused my interest on animal law. Work on this animation converged with a tree cutting event, widely covered in the media, in Białowieża Forest. Biotop reflects our relation to problems that exist somewhere else in the world, while not impacting our country directly. Often we only have contact with statistics and cold facts, that do not leave a long lasting impression on us. We are usually concerned about a problem only if it happens or can happen locally, near us."
Tigers are symbolic in "Biotop," illustrating what's at stake when we take habitats for granted. Every biotope around the world has its own mix of native wildlife, and whether those species are held up by a forest, a swamp, a river or a desert, it's always wise to step back and consider the big picture before removing too many pins.